A fast-paced CGI film for the fastest MINI series. 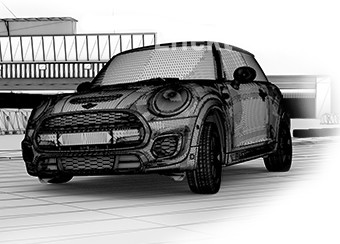 The film was created completely on the computer. The main actor was the digital twin – the 3D data model – of the vehicle. Skilfully staged and animated, it moves dynamically over another virtually generated racetrack.

A film that skilfully sets the product highlights in scenes and drives the pulse. It has been used successfully in showrooms and online: The digital twin enables productions that would otherwise not be possible due to product availability, for example.