With the Unplug and Play campaign, BMW is breaking new ground in content production. Using CGI, omnichannel-capable content was produced for the entire BMW hybrid family on the basis of modular spots.

The short films were specially developed for use on social media channels. The stories, which are only a few seconds long, only appear at the end as advertising for BMW and initially tell a seemingly completely different story. The special feature: the short films were adapted to specific target groups. Using CGI, six different BMW hybrid models were integrated into each film, so that the films are available in six different versions. By that the spot could be used with the right car for the right target group. 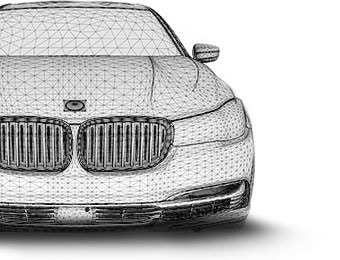 The visualization of the vehicles was implemented consistently based on the digital twin. The CGI vehicles were seamlessly combined with the filmed footage. What’s special: Many production steps in post-production – like tracking, vehicle lighting, vehicle animation and retouching – were only done once. Pipeline driven in a highly automated manner the various vehicles where integrated into the shots. A large number of film variants could be created in a highly efficient manner.