CGI Technical Animation for BMW i3 & BMW i8

To communicate the technology of the innovative BMW i models in an understandable way and to make the pleasure of driving tangible, we had to produce a high-quality CGI technical animation for the BMW i3 and i8. The films should not only be purely explanatory, but also present the vehicles in the best light and also address the viewer emotionally. 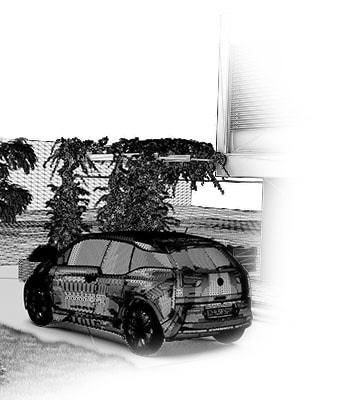 The BMW i3 and i8 are a duo. They belong together, but they are different. The two technology films for these models are not reminiscent of a simple CGI technical animation explanation, but take the viewer on a journey. The films show the special features and the design of the i3 and i8 up close and almost in lifelike way.

The entire film was produced in our company; from the 3D models of the vehicles and individual parts, which are based on design data from BMW to the environment and the effects. With all the details shown, the focus is on driving pleasure and the realistic 3D film literally invites the viewer to a virtual test drive.

Two high-quality films have been produced, which present the two electric cars appropriately and, at the same time give an insight into their modern technology. The BMW i CGI technical animations accompanied the innovative electric vehicles at the BMW stand at the IAA 2015 in Frankfurt and were also used online on the BMW website to promote the two models.